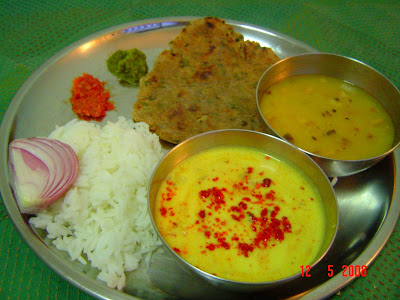 I am a great fan of simple, rustic meals rustled up with just a handful of ingredients. Rajasthan is one of the few states in India where the people excel at making the most of whatever they get, which I first learnt on my visit to a village called Rajgarh in Alwar,Rajasthan.
I was a fussy teenager then and accepted the homely meal that was offered to me in the village only out of politeness, planning to pick up a packet of Uncle Chips after our visit was over. After the first couple of reluctant bites, I realized how very enjoyable that meal was and promptly requested for seconds:-)
I have tried to recreate that same meal as my entry to RCI Rajasthan, with Bundi ki kadhi, jowar pyaz ki roti, lahsun chutney, kairi chutney and a simple dal srved with pyaaz. This kadhi can also be made completely oil free, if instead of tadka we just add cloves, methi and hing to the besan mixture. 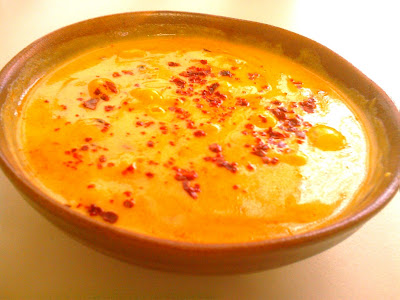 Ingredients
1 cup sour curd
3 tbsp besan
1/2 tsp each chilli and turmeric powder
4 cups water
salt to taste
1 tsp oil
5 cloves, 1/ tsp methi seeds
1/2 tsp cumin seeds and a pinch of hing
1 tsp ghee
To serve:
2 tbsp readymade bundi
chilli flakes (optional)
Method
Beat the curd and besan together and add the salt, turmeric and chilli powders. Add the water and keep aside. Heat the oil in a thick bottomed saucepan, add cloves and methi ( watch out-those things pop !). Take the pan off heat and pour the curd besan mixture. Keep it back on the flame and bring it to a slow boil, stirring continously. Once it reaches a boil, turn the heat down and let it simmer for 20 minutes or till it almost reaches the consistency you want, it will thicken on cooling. Add boondi now and when ready to serve, give a tadka with ghee, cumin and hing. Sprinkle crushed chilli flakes on top for that quintessential Rajasthani look :-)
Jowar pyaaz ki roti
Yield : 4 to 5 rotis
(Based on a recipe from the Rajasthani section in Tarla Dalal's website)
1 cup jowar flour
1/ cup spring onion, chopped
salt to taste
1 tsp oil
* The recipe calls for a chopped green chilli which I skipped
Make a soft dough with all the above. Roll it out into a 4 to 5 inch roti between two sheets of plastic ( I used a zip lock bag that had been cut open on three sides) using a rolling pin. Cook both sides on the tava. Top with butter/ghee ( optional)
Lahsun chutney
10 to 12 cloves garlic
5 tbsp chilli powder
salt to taste
a few drops of lemon juice
Grind all the above, sprinkling water if necessary. (I used a M&P so did not need water)
Kairi chutney
1/2 of a small raw mango, coarsely chopped (I do not peel)
2 cups of fresh cilantro
2 to 4 green chillies
1/4tsp 'raw' cumin
salt to taste
Grind everything together using a little water. 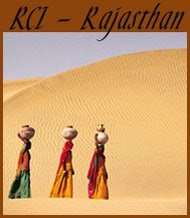 Thanks to Padmaja , the host of RCI Rajasthan, I remembered that simple but extremely satisfying meal, and also from now I will surely be experimenting with different flours to make roti.